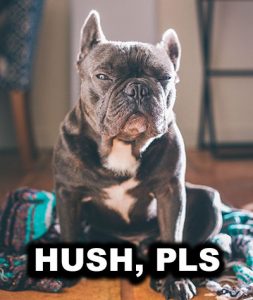 I’m a big fan of words.  I get it from my dad, but I like to toss out the occasional 5 dollar word, such as: “platitudes”, “circuitous”, “porcine”, or “tangential”.  Not really a big deal in nerd circles, but I used to play in a metal band so it catches people by surprise sometimes.  Platitudes are not my jam, however.

There are quite a few that get bandied about and people have forgotten what they really mean.  Here are some that have bugged me since high school:

“Who cares what people think?”

Well, YOU totally should (sometimes).

It’s really easy to claim that you don’t care what people think, but often times it makes you a world-class, disagreeable, egocentric knucklehead.  I get it, you have insecurities.  I get it, you need validation.  My advice to you is to surround yourself with good people and TOTALLY care what they think.  Successfully playing the part of a true “maverick” (think Tom Cruise, not John McCain) in society involves a great deal of imbalance in many cases.  Granted, you should learn to pick and choose who has the good and who has the pointless criticisms.  Maybe a better way to say it is: Learn to take criticism from trusted sources.

“Everything happens for a reason.”

Yeah, but we never really find out the reason, so what’s the point?  Are we saying that inaction can cause action?  I suppose so, but I’ll take action over inaction 99% of the time.  You gotta learn to pick your spots.  Make things happen.  BE the reason.

and my all time LEAST FAVORITE:

What kind of sword-and-sorcery, middle-ages, sand-poundingly ignorant bovine excrement is this one, anyway?  If you think about it, you could just say: “It is”, which is far more ponderable (see what I did there?).  It’s as if people feel the need to just jam some syllables in your ear hole to break the uncomfortable silence.  SURE IT IS WHAT IT IS, BUT WHY IS IT WHAT IT IS?  WHAT IS IT?  For the love of all that is holy, let’s retire this one forever.  Go make it what it is NOT, instead of settling for what it is.  I’d never accept this as an explanation from my kids for getting a bad grade, and in the business world it’s a true sign that you should be wearing the dunce hat.