Recently I had a client ask about integrating software into a prototype mechanical device used in an industrial environment.  The idea was fairly simple: replace the analog gauges, springs, etc with digital sensors and servo motors for the sake of full automation.  I’ve been hacking on these types of computers for a couple of years but never really had a “real” project to use these skills on.  Amazing stuff can be done for a surprisingly small amount of money (like $5 for the microcontroller!).

There are so many fun things you can build with a small, SBC (Single Board Computer) such as the Raspberry Pi, Arduino, C.H.I.P. and many, many others.  The whole DIY culture is really cool and you can easily get help with any project you can dream up.  For example, here’s a simple project I just finished with minimal soldering.  It’s a digital temperature sensor that will eventually become a replacement for my crappy thermostat in my house.  Currently it’s just a breadboard prototype, but I thought it might be fun to show how easy this stuff is (and yes, it’s really that cold in my office this morning): 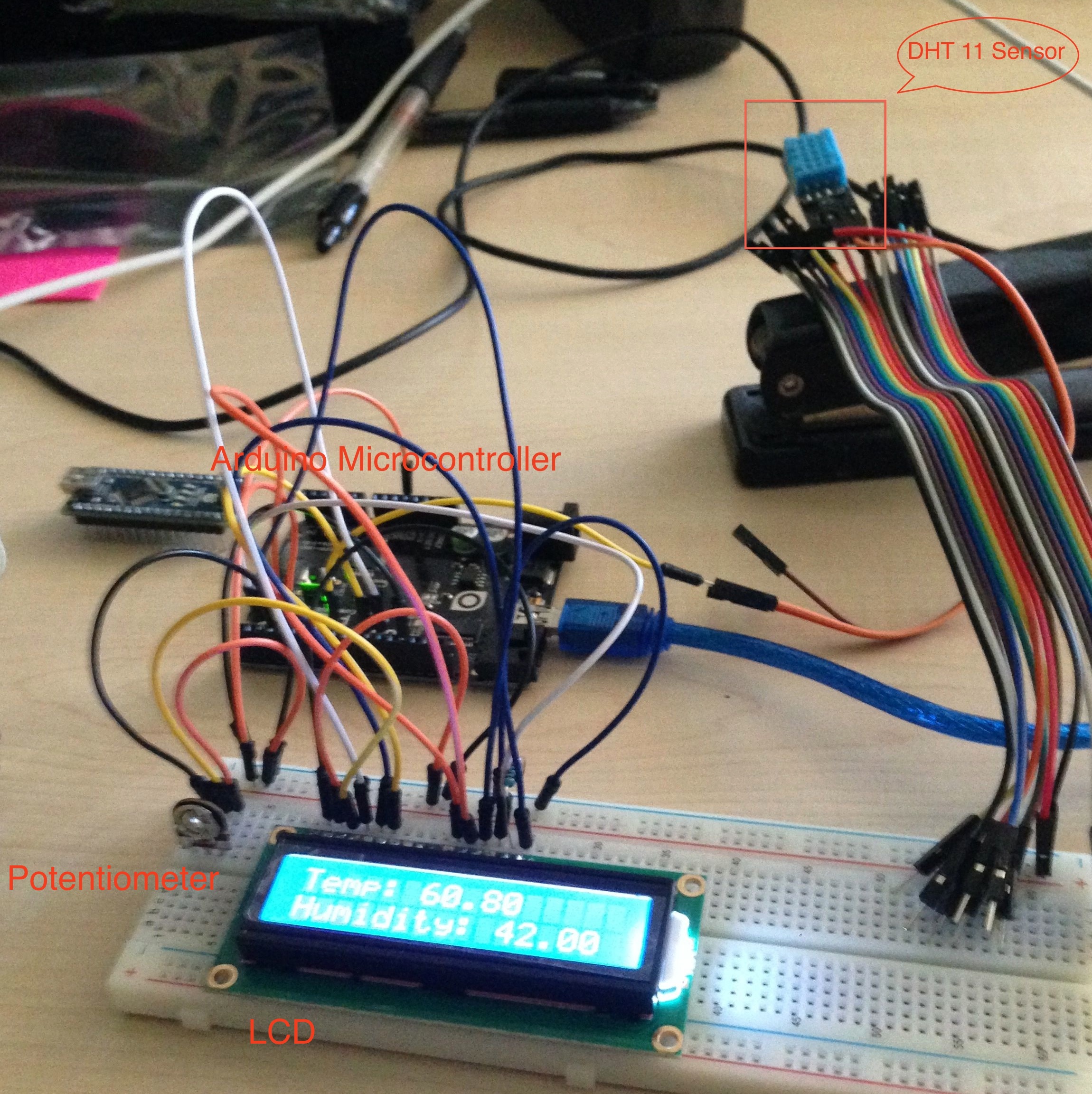 Again, it’s very simple and took all of about 20 minutes to wire it up, plus soldering the header pins to the lcd so I could use the breadboard.  The 10K ohm pot (cost: $.90) is for dimming the backlight on the lcd (cost: $9.50).  The temperature sensor is a DHT-11 (cost: $1.09).  All of this is controlled by an Arduino Uno (cost: $25), via some fairly simple C code that is uploaded via usb.  Granted, it looks messy as hell, but does, in fact, function perfectly.  Fun stuff!

If you take a look around youtube you’ll see some pretty astounding stuff being done with these things, such as CNC machines, Robots, 3D printers, and on and on.

Anyone with a passing interest in this stuff should jump in and start having fun.  It’s also a great way to get kids excited about robotics, electronics and DIY stuff.